America would bring to Barack Obama the same questions my cousin was unconsciously putting to me that day on the stoop: Are you what you appear to be? Do I trust you or not?

"I'm not raising babies", She (Michelle's mother)'d tell us. "I'm raising adults." She and my dad offered guidelines rather than rules. It meant that as teenagers we'd never have a curfew. Instead, they'd ask, "What's a reasonable time for you to be home?" and then trust us to stick to our word.

Our decisions were on us. It was our life, not hers, and alwasy would be.

I understand that when it comes to campus diversity, the ideal would be to achieve something resembling what's often shown on college brochures - smiling students working and socializing in neat, ethanically blended groups...the burden of assimilation is put largely ont the shoulders of minority students. In my experience, it's a lot to ask.

If in high school I'd felt as if I were representing my neighborhood, now at Princeton I was representing my race. Anytime I found my voice in class or nailed an exam, I quietly hoped it helped make a larger point.

...holding himself (Brack) to a higher standard than even what's dictated by law. There's an age-old maxim in the black community: You've got to be twice as good to get half as far.

...fault line in your life has begun to tremble...Next to your name is another name, that of some hotshot a law student who's busy climbing his own ladder. Like you, he's black and from Harvard. Other than that, you know nothing - just the name, and it's an odd one.

In my experience, you put a suit on any half-intelligent black man and white people tended to go bonkers...His bio said he was originally from Hawaii, which at leat made him a comparatively exotic geek...I'd been pleasantly startled by the voice on the other end of the line - a rich, even sexy, baritone that didn't seem to match his photo one bit.

He was in law school, he explained, because grassroots organizing had shown him that meaningful societal change required not just the work of the people on the ground but stronger policies and governmental action as well.

If we were serious about bringing in minority lawyers, we'd have to look more holistically at candidates. We'd need to think about how they'd used whaever opportunities life had afforded them rather than measuring them simply by how far they'd made it up an elitist academic ladder. The point wasn't to lower the firm's high standards: It was to realize that by sticking with the most rigid and old-school way of evaluating a new layer's potential, we were overlooking all sorts of people who could contrubute to the firm's success.

Michelle on the never-ending question - how women can have it all. The answer is we can't.

I understood that I was being watched with a certian kind of anticipation, especially by women, maybe especially by professional working women, who wondered wheter I'd bury my education and management experience to fold myself into some prescribed First Lady pigeonhold, a place lined with tea leaves and pink linen.

Most nights of the week, he stayed at his desk until 1:00 or 2:00 in the morning, reading memos, rewriting speeches, and respondingt oemail while ESPN played low on the TV. 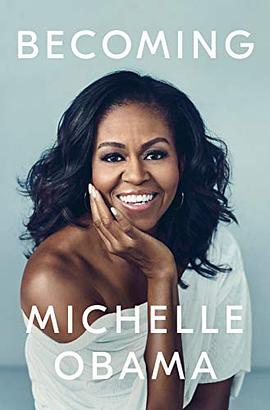