When a stock is going up no elaborate explanation is needed as to why it is going up. It takes continuous buying to make a stock keep on going up. As long as it does so ,with only small and natural reactions from time to time, it is a pretty safe proposition to trail along with it. But if after a long steady rise stock turns and gradually begins to go down,with only occasional small rallies, it is obvious that the line of least resistance has changed from upward to downward. Such being the case why should any one ask for explanations?There are probably very good reasons why it should go down,but these reasons are known only to a few people who either keep those reasons to themselves, or else actually tell the public that the stock is cheap.The nature of the game as it is played is such that the public should realise that the truth cannot be told by the few who know. 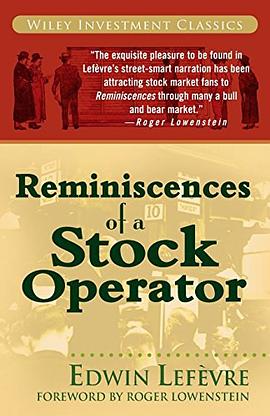 Reminiscences of a Stock Operator 9.4分

Reminiscences of a Stock Operator的更多书评