[已注销]
2010-06-19 看过
It is known by everyone that the ancient Greek has a history and special culture. However, Greek Mythology plays an significant role in it’s culture. There are many impressive characters in Greek Mythology. Such as the ruler of Olympus Zeus . The goddess of wisdom and war Athena. The best known of all the Greek heroes Herakles. The stories of the Greek Mythology are widely spread around the world. The Greek Mythology is the source of Western Art. We can feel the splendor of the ancient Greek culture when we read these beautiful myths.From these myths, we can strongly feel that their values are different from people nowadays.
What impressed me most was the low status of women at that time. As we can see in an instant that the male characters in the myths generally denote power and eminence, and that their female counterparts just as generally convey a sense of submissiveness or inconsequence. All in all, their destiny is simply a tragedy. First of all, most of them suffered from the tragedy of romance. Women seemed more persistent to love than men. As we all know Daphne, Sunflower and Echo. They are the traditional examples of women who suffered from bad romance. However the stories in the myths just imply the real experience of women at that time . They have low social status and they have to obey the men’s words. In Greek Mythology, the marriage relationship is the most crucial relationship among the gods. In Greek Mythology , wives have to be loyal to their husbands however they may get no payback. Their husbands may have relationship with any other women. But in modern society , such these things will seldom happen. Women have already realized the importance to maintain their rights. They have their own ideas and they are even feminist. Women nowadays are no longer depend on men, and their opinions towards love have totally changed. The status of women have raised. The most significant example is the political correctness movement.
What’s more I have to mention is their attitude towards sex in Greek Mythology. Gods regard the sex ability is the direct way to show their strong power. As far as I am concerned, it is really stupid and ridiculous. People in ancient Greek want to have sex with different women in order to multiply however people nowadays regard sex as the symbol of love and admiration. It is a great change because sex is really a serious thing and have no relation to power.
But there are also some common points between Greek Mythology and the opinions of people today. We all need absolute freedom. The right of freedom can be denied to no one. It is no exaggeration to say that the freedom is the most important thing to human beings. In Greek Mythology, people chase whatever they want and sometimes even very cruel to other people. People nowadays especially American consider freedom as their basic human rights. They can talk and do whatever they like, of course in the extent of laws. Freedom is a precious thing and worth being chased.
.there are many good things in Greek Mythology. We need to select the refined and discard the crude.
5 有用
1 没用
点击展开全文 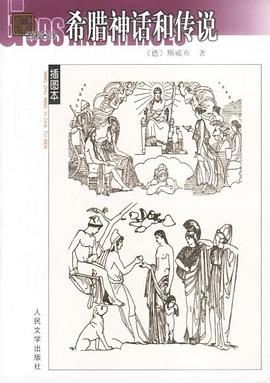