Dirt Diver
2009-09-28 看过
I just read the first three chapters and would continue sometime. I have some takeaway as following.

1. The main topic the author expressed is that everyone is a publisher whenever in the long history or right now. However, the developed technology makes one powerful enough. It is much easier and easier to get involved into this publish activity, which has expanded to a “nation”. It is certain that social media is supposed to become a part of human’s life. So what we should consider about is how to deal with the following change.

2. The second most important idea what the author delivers to us is the nature and value of social media, which is to spread the individual involvers’ INFLUENCE as far and timely as possible. The more important influence one contributes, the more he/she will gain. “Social media also creates leaders and influencers when major catastrophic events hit a nation.” This will be the critical point that social media totally substitute the traditional news distributer.

3. I am excited that the author pays some attention to China. Xu Jinglei, as an actress and director, led the fashions in blogging in China. But, what she wrote, such as “what did I do today?---Slept, ate and watched movies”, are meaningless. But, she has so many blog fans (not her movie fans). That’s the situation in my old country---most of the blogs are “open diary” and---they are developing rapidly because people are interested in the gossip news. Even, Chinese (include me) prefer traditional department stores rather rather than receiving commercials while reading or surfing. So I have a question: How can I develop a business social media in different culture with a long history and succeed?
0 有用
0 没用
点击展开全文 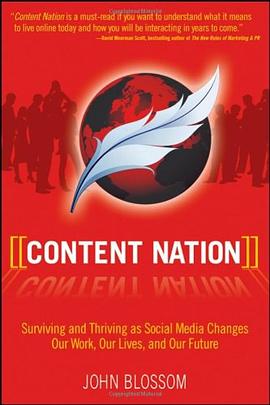