Among scholarships in study on temple, there is a model used by sociology of religion called “religious economy model” (Lang, Chan and Ragvald 2005). In this article, it applies the Religious Economy Model to study Wong Tai Sin temple in Guangzhou and Zhejiang. In this application, they take temples as firms and analyze how they get success through promotion. They found in newly-constructed Wong Tai Sin temples, the most successful one in urban Guangzhou enjoys convenient transportation, large population nearby, sufficient investment and special service (cultural performance) for visitors.

In this model, factors of markets are more emphasized such as transportation, population of potential consumers, investment and profit, advertisement and special service to attract visitors, other than religious influence. Among the seven Wong Tai Sin temples in this article, by applying this model, the newest one in urban Guangzhou, which enjoys six millions of population nearby, with the deliberate decorated output, in that way, it has sensible that this temple has the largest amount of visitors comparing to other temples which locate in rural regions. However, in the comparison of the seven temples, these temples differ in location, size and anticipation, which from my perspective, the argument is unconvincing. Yet it could be more valid by examining this model in temples of the same region. Furthermore In this model, it excludes religious pilgrimage of famous temples on mountains. These temples are often situated on mountains where there is a small population, faraway from urban city and sometimes transportation is not very good; nevertheless, all these factors would never keep visitors go there for pilgrimage.

In the case of Bailin temple (Yang and Wei 2005), authors aim to reflect how Buddhism revive under socialist society. Except for personal charisma of Abbot Jing Hui, other factors such as his strong social network, the support from central state to local state are all taken into account. Since it is a perfect case to explore how a Buddhist temple get reconstructed and spread, analysis in this article would provide insights to related studies. Due to the fact that Bailin temple now enjoys prestige in China, it is an extraordinary record to show how could a temple reconstructed and survived. In my understanding, Abbot Jing Hui’s personal charisma and good social networking skill have brought in tremendous support from the top-level officials in China Buddhist Association, and Jing Hui is sophisticated in reviving Buddhism under the context of China. The practical support of local government and the symbolic capital of the frequent visits of the top-officials both provide this temple much convenience in its development and expansion. Last but not the least, the special religious brand of this temple, Living Chan camp has been promoted since the 1990s and kept on influencing countless participants, which nourish believers and spread its religious belief.

Unlike the two temple managers in my last review, Jing Hui is a Buddhist monk graduate from Buddhism academy and once worked as the editor of state-level Buddhism periodical. His network stretches in supreme level such as Buddhism academy, China Buddhism Association, other prestige Buddhist overseas China. All these favorable circumstances ensure support for the reconstruction of Bailin temple. Also he knows and utilizes the art of networking among political discourse, which influences him on constructing and promoting Bailin temple. It is amazing to see Bailin temple could achieve such fame and prestige in merely twenty years, in that Abbot Jing Hui’s efforts should be most credited.

Strived as a newly-constructed temple, Bailin temple has attracted much attention from the top level, which strengthens its influence and authority in local state. Although in this article, the top officials want to set Bailin temples as a brand of China’s religion, as a response to frequent criticism on religious right in China, even former president Jiang Zeming made a visit there in his regime, which becomes an event and significant support to the temple.

Unlike the central state’s consideration to set Bailin temple as an open window to present the religious right is ensured in China, local government plans to launch a set of commercial activities around Bailin temple. In that way, the largest shopping center of Zhao county has been built outside the temple, and the neighboring region has been constructed as commercial district. Therefore, different levels of administrative authority hold different purposes over Bailin temple, yet they work coherently to support Bailin temple.

The most successful activity Bailin temple has ever promoted is Living Chan camp start from the 1990s. Ever since then, not only Buddhism believers join in the camp, college students in Beijing and intellectuals also enrolled in this continuously activities. In this way, the Living Chan camp not only inherit ancient religious heritage of Zhaozhou Chan, but also show the success of its promotion. Once joined in this Living Chan camp and lived in Bailin temple for a couple of days as a college student, I sensed that this activity do encourage more young students and intellectuals to understand Buddhism, which provide religious activities more open and positive image in the future.

Back to Yang and Wei’s comments on Bailin temple, from their observation they found that not many local people participated in daily practices, moreover they were worried that Bailin temple might be too influenced from the state level, thus might lose its local root. Since their investigation has been down at least 4 years ago (this editorial is published in 2005), I partially disagree with some of their arguments on local roots. From my experience there, I found many layman Buddhists devoted themselves there as volunteers, spread Buddhism and try to convert Living Chan camp members. They support to this temple in every aspect, from the cleaning work to updating the website. It is so surprised to see when Abbot Ming Hai gave a lecture to our college students, layman Buddhists in neighboring regions also headed for Zhao County to join in his lecture.

To sum up, the religious economy model provide an outlook from the perspective of market, which present an comprehensive understanding of religious economy and religious tourism; and the case study of Bailin Chan temple provide a success picture of China’s religion in current China: the state’s support, good networking, special promotion on its own historical heritage all contribute to its success.
0 有用
1 没用
点击展开全文 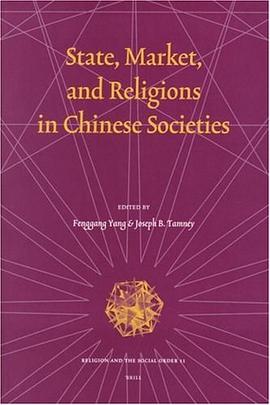