Walden Pond, in a peculiar sense, belongs to Thoreau only. For Thoreau, Walden “is earth's eye; looking into which the beholder measures the depth of his own nature.” (Walden, The Ponds) As he wrote, “I am thankful that this pond was made deep and pure for a symbol. While men believe in the infinite some ponds will be thought to be bottomless.” (Walden, The Pond in Winter) For us, Thoreau is a mirror of ourselves which can test our life which is to be or not to be. By exploring his masterpiece Walden I had a new experience about what the essential fact of life is and Thoreau’s thoughts. Although I couldn’t comprehend in its entireness, I will have my own Walden which like the most transparent and bluest ice remains sweet forever in my life. For me, Walden is an interesting subject for contemplation as Emerson “proposes that it be called ‘God’s Drop.’” (Walden, The Ponds) “Its water, which should be as sacred as the Ganges…. Perhaps Walden wears best, and best preserves its purity…. It is perennially young.” Walden is not only the symbol of the chastity of the human but also is the infinite laws of universe. As Thoreau’s poem concludes:
“I am its stony shore,
And the breeze that passes o'er;
In the hollow of my hand
Are its water and its sand,
And its deepest resort
Lies high in my thought.” (Walden, The Ponds)
25 有用
0 没用
点击展开全文 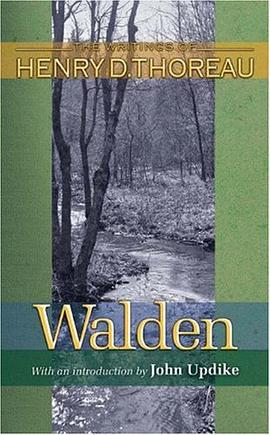