The Weight of Photography

Diane Arbus, a prominent female figure in the history of photography, created a series of the most controversial photographs throughout the history. "You see someone on the street," Arbus wrote, "and essentially what you notice about them is the flaw." Diane Arbus challenged the old concept of what should be photographed. The definition of beauty should be abandoned since it is too individualized and changes over time. Like sunsets and modern women, freaks and pariahs can also be a part of our beautiful world. “Arbus took photographs to show something simpler--that there is another world,” Susan Sontag wrote. That is, there is only one world in which eccentricity can be frequently seen as normalcy. Arbus’ way of acquiring the sense of reality is her camera, and obviously, to be evil is also reality. The way in which Arbus “set up the show to make it possible for each viewer to identify with a great many of the people depicted” forces us to see it as a part of our lives, leading us to search for our own awkwardness. It suddenly puts us in an ironic position as we laugh at the same type of people. We finally realize that this is not a perfect world and we are not perfect people. Instead, the strength of human beings lies in the smiling faces of those we might call “freaks.” "I just used to adore them."Arbus explained. Indeed, they are fighters who have gone through struggles and accept the fact that they are inferior to others. Life goes on. People used to spit onto Arbus’s photographs in her exhibition, and could not help feeling disgusted and annoyed. They could not bear the striking fact that to some extent, they are similar with those “freaks” depicted. In truth, they had hardly ever smiled as ardently as those freaks they so strongly criticize. “Arbus's work expressed her turn against what was public (as she experienced it), conventional, safe, reassuring--and boring-- in favor of what was private, hidden, ugly, dangerous, and fascinating.” Susan Sontag wrote. These qualities are why Arbus’s photographs are revolutionary and constantly challenging people’s exaggeration on the harmony of the world and reluctance to accept the cruel side of our lives.
Humanity is one. The world is one. It is like a large room which has been divided into two smaller rooms by a wall of glass. Some live behind the camera while some in front it. Photography has become one of the principal devices for experiencing something, for giving an appearance of participation. Whatever role you play, you can not resist the impact that photography has on influencing human lives; gradually you feel the heaviness it brings. The weight of our bodies and souls can be captured in a photograph and it draws us to a deeper understanding of both ourselves and the world.
15 有用
2 没用
点击展开全文 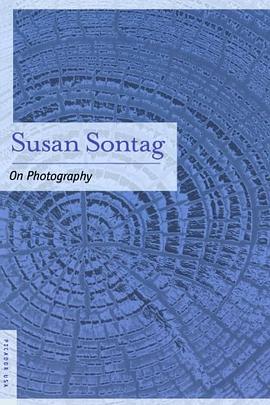