It was a Saturday morning when we visited our college friend in her first month of motherhood. We were lying on a sofa, watching the baby in her elbow tried so hard to climb high and touch his mother's face; we laughed as my friend pointed out the baby's neck was so soft and boneless that it could hardly hold his own head. A four-week-old baby with bones and flesh growing under his thin skin.

Later when the baby got tired, his father placed him back in the cradle and gently wrapped him in blankets. This was another aha moment for the rest of us. The father explained that even though babies' arms are, unlike the neck, fully developed, he cannot sense that those are his own arms. While sleeping, he'd hilariously cry out loud for help when he finds the arms in an uncomfortable position. The feedback mechanism is yet to exist to control his own part of the body.

By then I just started reading this book. In one chapter, the author talked about people with severe child abuse who cannot recognize themselves in a mirror, as the sense of "self" is not an innate gift. The astounding question of "who am I" that bothers many of us is not a guaranteed existence to human beings as a species, if you don't receive enough care and therefore cannot acquire the ability.

As the book stated in many places that our brain is programmed, via both chemical and electrical signals, to react to threats and hurt. The emotions created along the way, are just a conceptual summary of the fundamental physical responses, of increase in blood pressure and heartbeat, tingling, muscular tension, and so on. The thoughts of self-doubt or hatred are natural responses as well; they help you unload the pain, learn to stay away from danger, and survive even in a civil society like our ancestors did when they lived in a wild world.

Therefore, my thoughts do not represent myself; nothing might represent myself as the "self" here is so illusory that given the same genetic characteristics and environmental stimulus, I might behavior exactly the same as someone I always consider as living on another planet than mine. We're, in this sense, more or less like a machine that with the same inputs, always reliably and accurately generates the same outputs.

Coincidentally, such perspective (so rudimentary that we probably heard about it in the first lecture of biology 101) appeared in more than one film I watched recently during the pandemic. One was the famous Ghost in the Shell, where both Motoko and Batou reflected their existence as "memory can be manipulated, cyborg replaced...mankind and its magnificent build are no more than a collective gene expression".

Impractical as it may be, the idea has deeply comforted me. When those dark moments fell, with the hate of hate itself, I'd take a deep breath, imagining the sympathetic nervous or amygdala or whatever doing their job. I imagined they bombarded at each other, exploding like twinkle stars in a universe of the brain; they bumped into soft tissues, fragments spread all around, causing unbearable agony. From a swirl pool of endless darkness, the last crack of light I seize is that this could happen to anyone; I'm not alone.

There're other inspiring ideas in the book such as the Exiled Child, and pretty much everything about Internal Family System therapy. It was kind of amusing to think there's a rescue team shielding the "self" that I barely see what she looks like; the saying of "hear your own voice" has never made more sense given it does help dissolve stress hormone and complete the cognition map of past experience. Another metaphor closely related to this is considering memory as a "dense but flexible network where each element exerts a subtle influence on many others". Here traumatic memory is like a sharp fragment, piercing into a continuous flow of normal memory which might take so long for the network to absorb, and even doing so might inevitably reshape the network to reflect the incongruous tragedy that would never be erased.

By the time I'm writing the review, it's the first day of 2021 and a month after finishing the book. Not all problems in my daily life were gone, but I did enjoy more peace, partially from the book, partially from the end of a historical year, and blind confidence for the future. Later in the day, I called my parents, not for the first time but indeed rarely, asking how they celebrated new years eve. And that's probably the best thing I learned from the book: knowing that the people who caused you pain were simultaneously victims, and it was never their intention to make the hurt happen from any relationships. In that sense, everyone just attempts to stay safe like what we've tried the entire 2020.

And in that sense, everyone is alone. 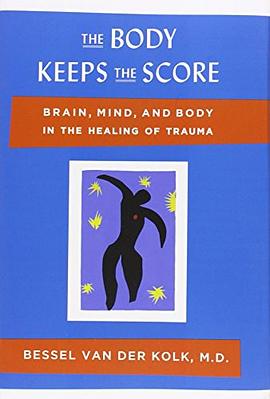 The Body Keeps the Score: Brain, Mind, and Body in the Healing of Trauma 9.4分

The Body Keeps the Score: Brain, Mind, and Body in the Healing of Trauma的更多书评