The first time I read Animal Farm, I thought it was just a short, simple, funny story. I didn’t think about too much of its historical background. However, actually, it’s not just a fable, it's a prediction. The tragedy of animal farm recurred in the Soviet Union. And more broadly, we can say in each era there are similar examples. For me, the story is like a circulation. People are just repeating the fault. And the story is just from tyranny to rebellion, and then to the new tyranny.

In contrast to the oppressive atmosphere of 1984, this book is humorous, satirical, relatively easy to read, and even making people laugh. However, after laughing, a chill feeling comes from behind. There are some moments that make me shudder. One impressed me is that Boxer, the horse, was injured and should have been sent for treatment, but on the contrary, he was taken to the knacker’s, to be killed. In addition, even if the animals saw the fact with their own eyes, they still were cheated by the lies as usual.

The most frightening thing is that people’s memory can be manipulated. In 1984, the leaders constantly revised the documents to make predictions consistent with the current situation so that people would believe that big brother was always right. In Animal Farm, the fact that snowball was wounded and awarded the first-class animal medal can be erased. As long as animals are taken in with the sweet words, they believe anything. This is what I want to negate.

Another moment is in the end. When the animals had finished work and were back to the building, they saw a pig walking on his hind legs, like a human. The scene was so creepy, and also very ironic. But it can be predicted. As a reader, I can clearly feel the changes of the animals from many details. Day by day, they were becoming more and more like humans, who they used to hate. It was sad.

Undoubtedly, the topic of this story is equality, liberty and humanity. From my perspective, first, life is full of inequalities and limitations. Second, it is normal for a person to have defects in his or her character or sometimes to be selfish. All these are natural and can be understood. I think, from the point of most animals, they just indulged in the so-called freedom and were always cheated by the lies. It’s horrible to work like slaves or machines as described in the story. What matters most is we should have our own thinking rather than easily influenced by others or just follow the majority even we know they are wrong. 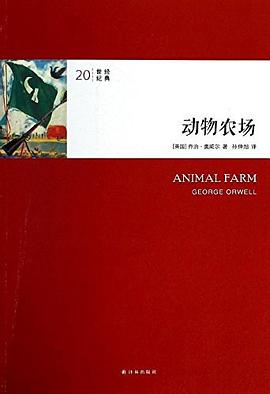