Because Mr. Duffy cannot tolerate unpredictability, his relationship with Mrs. Sinico is a disruption to his orderly life that he knows he must eliminate, but which he ultimately fails to control. Mrs. Sinico awakens welcome new emotions in Mr. Duffy, but when she makes an intimate gesture he reacts with surprise and rigidity. Though all along he spoke of the impossibility of sharing one’s self and the inevitability of loneliness, Mrs. Sinico’s gesture suggests that another truth exists, and this truth frightens Mr. Duffy. Accepting Mrs. Sinico’s offered truth, which opens the possibility for love and deep feeling, would mean changing his life entirely, which Mr. Duffy cannot do. He resumes his solitary life with some relief. When Mr. Duffy reads of Mrs. Sinico’s death four years later, he reacts with shock and disgust, as he did when Mrs. Sinico touched his hand. Mrs. Sinico’s dramatic demise points to a depth of feeling she possessed that Mr. Duffy will never understand or share, and it provides Mr. Duffy with an epiphany as he walks home. He realizes that his concern with order and rectitude shut her out of his life and that this concern excludes him from living fully. Like other characters in Dubliners who experience epiphanies, Mr. Duffy is not inspired to begin a new phase in his life, but instead, he bitterly accepts his loneliness. 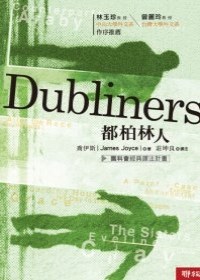