Understanding of the nature of death

Socrates deem it impossible to know the truth of death. Man has no wisdom of the afterlife world, therefore death may hopefully be a good thing. He declared that “Either death is a state of nothingness and utter unconsciousness, or a change and migration of the soul from this world to another.” [i]For the former, the undisturbed sleep is definitely better than life. If it’s the latter, to arrive at a place where all the dead people abide, he’d be able to meet all those sons of gods and ancient heroes. He concluded that death might be the greatest good.

In < Phaedo>, Plato voiced his own opinion of death through the dialogue of dying Socrates. Based on his theory of ideas, he believed that element of the phenomenal world is perishable and unreal, a passing show. But the soul, which is from the perfect world of ideas, is immortal. The union with body deprived soul of its nature and origin. Therefore death means liberation and purification, “the release of the soul from the body and the contemplation of the beautiful world of ideas”[ii], giving it access to the rational world.[iii] Both Russell and Tilly identified the tone to be “ascetic”[iv], even setting force the Christian doctrine of “contemptus mundi”.

Christianity also confronts the existence of death[v], and consider it a good thing, bond with sanctity and immortality . Christians believe in the intermediate stage those who have faith could be with god. St.Paul’s saying “I prefer to be away from the body and at home with the Lord.”（Corinthians5:8）closely resembles the idea of “enter the world of ideas” (and Socrates idea of meeting those dead).

Moreover，Christianity promotes that “in Christ will all come back to life.” (Corinthians 15:22). With the glory Christ, who sacrificed and rose again, the power of death is swallowed up, which was a direct comfort to followers.

Relationship between body and soul

Both Plato and Aristotle believed the soul (or part of the soul) to be imperishable, Their idea of immortality was a great source for Christianity.

In <Pheado>Plato stated that “body is the prison house, a fetter, deliverance from which is final goal of the spirit.” [vi],a dead weight on the soul. Plato expressed his own and the human-being’s yearning for eternal values, yearning for immortality,by saying that the soul craves for the world of ideas.

As a materialism, Aristotle considered body and soul a unity, but he divided into two parts—active reason and passive reason. Creative reason is like Plato’s idea of pure soul, it existed before body, is absolutely immaterial, imperishable,immortal and is not bound to body.As Aristotle put it, “a spark of divine coming from without”[vii], some interpreters of Aristotle identify it with “the mind of god”, which showed an intrinsic connection with Christianity.

Christianity provided a new solution to reconcile between the imperfect, perishable human body and the wish of a perfect soul. It says man rose again with both body and soul[viii].Death is the perish of the earthly, dishonor and weak body, when we were raised again by god, transformation will take place.We were raised with a better body, which is imperishable, released from pain ,disaster and death. [ix]

Socrates wasn’t afraid of death, and made no attempt to escape the death penalty. For him, life and death isn’t the prime concern, what is truly important is virtue, justice, improvement of the soul. Great man cares more about right or wrong, good or bad rather than living or dying.[x]

Plato showed a more direct longing for death, the deliverance and release of soul from body.[xi]

Aristotle advocated that courage and virtue triumph over death. From political and moral perspectives he stated that no man is isolated individual but a “political animal” and a social being.[xii] State affairs is the goal and end of human existence, therefore to die for the state is to die for individual freedom. Virtuous man fear not of death, instead for the interest of others and his country they face death unflinchingly. [xiii]

His teaching remind us of Pericles’s oration-“this kind of city for which these men, who could not bear the thought of losing her, nobly fought and nobly died ”.Clearly the prosperity of the state and civil life bred this philosophy. But the decline of the state made it no longer possible for people to realize themselves in serve of the society. Frustrated and deep in pain, Athenians need new perception to cure their fear and sorrow toward death.

Christianity offered the gospel by putting a holy cloak onto Plato’s idea, exalted the thanatopsis of pursuing death to an extreme. For Christians, to undergo death is to do god’s command[xiv], die for him and then come to life again. [xv]

What Greek philosophers and Christianity shared in common an emphasize on moral good of this life attached to the problem of death. Plato advocated that higher function of the soul should rule, thus to live a true life of reason and a life of virtue. Aristotle persuaded people to live according to the highest element within us, according to reason, as we ought to “take on immortality as much as possible” [xvi]

But their attitude towards worldly life isn’t exactly the same. Greek philosophers weren’t saying that man should abstain from worldly pleasure or that this life didn’t worth living. Instead, they devoted their life into philosophy and in pursuit of truth, virtue and beauty infused their passion of this life.

In Christianity worldly life is denied, the hope is laid in afterlife——“Just as though we live in the world we are not carrying on worldly war.” (2-Corinthians 10:3). This doctrine suited a world where tyranny took away peaceful mind for philosophizing and endless suffer made people despair.

[iii] Plato <Phaedo> “That soul, I say, herself invisible, departs to the invisible world to the divine and immortal and rational: thither arriving, she lives in bliss and is released from the error and folly of men, their fears and wild passions and all other human ills, and forever dwells, as they say of the initiated, in company with the gods”

[iv] Russell<The history of western philosophy> “Socrates, in the Phaedo, proceeds at once to develop the ascetic implications of his doctrine” and Frank Tilly<A history of philosophy> :“ ascetic in its tone”

[v] “And as it is appointed unto men once to die, but after this the judgment”(Hebrews9:24)

[x] Plato <the apology> Socrates: “A man who is good for anything ought not to calculate the chance of living or dying; he ought only to consider whether in doing anything he is doing right or wrong — acting the part of a good man or of a bad.”

[xii] Aristotle <Politics>：“the state is a creation of nature. Man is by nature a political animal.”

[xiii] Aristotle<Ethics>: “The virtuous man will act often in the interest of his friends and of his country, and, if need be, will even die for them.”

[xv] “To undergo death in order that it may come to life again”(Corinthians 15:36) 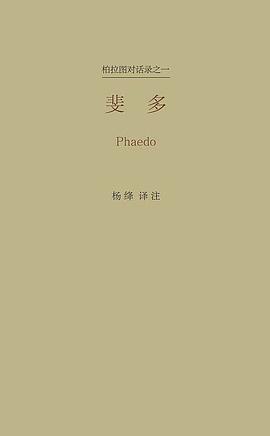