The Poor Phantom Of The Opera

Dancers in the opera house talked about a ghost. They were all afraid of it, or him, because he never came up in front of them but they could hear some unknown voices or some stories of him or see some frightened accidents made by him. The ghost was a good friend but a bad enemy. He loved Christine, an unknown singer of the opera house originally, and helped her to become a famous opera singer. But he also wanted to be her husband and never wanted to let her go. He was clever and had a beautiful voice but self-abased because of his ugly face that he was born with, and even his mother hated it. Christine gave him a kiss, the first one he got from a woman, while her lover Raoul was tortured in the next room of OG. At the end of the story, the phantom was dead and all Paris talked about Christine and her lover. Well, what happened to them? The book didn’t give an answer but I hope they married and lived together happily.

I also remember a film that I watched frightenedly when I was a little girl. It was 夜半歌声 starring 张国荣, kind of like The Phantom of The Opera. 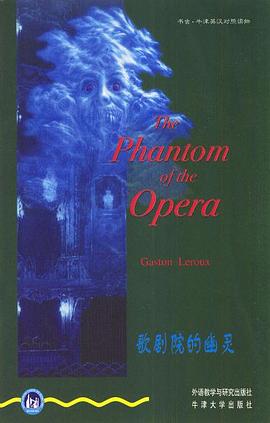